You are here: Home / ABOUT US

Cynthia has been an educator for over twenty years.  She always knew she wanted to work with children in some capacity.  She intended to become a child psychologist but changed her career path after falling in love with her summer camp counseling job while in college. She currently teaches special education at Walt Whitman HS in Huntington, NY.  Throughout her career she has taken several courses and attended workshops on social-emotional learning and has always considered and addressed the social-emotional aspects that each of her students brings to her classroom.  Known as “Ms. Q.”, her students know that she is tough but fair and is always there for them.

With the rise of cyber bullying and the degrading ills of social media many youth of today may struggle to develop a strong sense of self, particularly girls.  This prompted Cynthia to create L.U.N.A. Reflections to address the needs of young girls and to create a space for girls and young women to discover their greatest possibility.​ It is her dream to change the minds of girls that think little of themselves to know that they are powerful beyond measure and that they can make a positive impact on others when they are living to their greatest possibility. 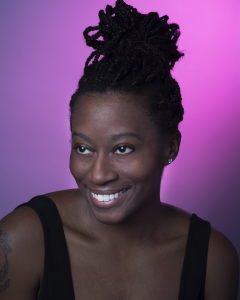 Alexandra Leftridge is a recent graduate of Molloy College. Alexandra afforded her way through college by being awarded a full athletic scholarship. She obtained her degree in Political Science and Women’s and Gender Studies. While at Molloy, she was inducted into the National Political Science Honor Society, Pi Sigma Alpha. While studying and playing basketball at Molloy College, Alexandra was able to study abroad during the summer of 2014 in Brussels, Belgium. While in Belgium, she studied the governance of the European Union and migration and interned at a European Union business law firm.   She also enjoyed traveling to several European countries, like Spain, France, and Amsterdam. Currently, Alexandra is studying for her Master’s of Public Administration at the University of Delaware while working as an administrative assistant for the Nassau County Industrial Development Agency.

Alexandra was the secretary of the Molloy College Student-Athlete Advisory Committee. She help to organize and run an event to raise funds, collect clothing, and toiletries for the Long Island Coalition for the Homeless called Rock the Shelter. Several Molloy students showcased their talents for the event.

While board member for L.U.N.A., Alexandra exemplified her social media and fundraising skills in many ways. Alexandra organized and hosted a party fundraiser in NYC, was able to start a fundraiser via Facebook and Instagram and she organized a clothing drive to raise money for programs. Alexandra also has had the task of publishing blogs for L.U.N.A. Now as Vice President, Alexandra helps facilitate training sessions, vigorously networks, fund-raise, among many other things. 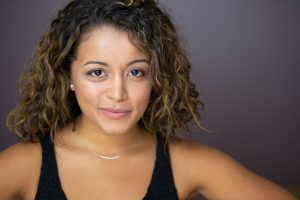 Natasha Vaughn is a Long Island University Post Campus graduate. She received her degree in Adolescent Education and served as a Resident Assistant where she mentored peers and coordinated campus events for four dedicated years. In her spare time, Natasha contributed as member of the LIU POST cheer leading team where she was able to share her passion for competitive cheer leading during sporting events and NCAA cheer leading competitions. She continues her cheer leading career taking on the role of Fall 2018 High School Assistant Varsity cheer leading Coach.
As an aspiring novelist and poet, Natasha has received recognition winning the First Place Poetry Award for the John & Agnes McCarten Memorial Award Sponsored Academy of American Poets. Her written work has been published in various online magazines and hopes to continue to inspire young female authors and artists through her work.
Natasha currently works for the Town of Huntington as a Drug & Alcohol Prevention Specialist. Her work primarily focuses on educating & inspiring Grades K-12 youth to maintain a healthy drug-free life style. She is certified and trained in ASIST Suicide Prevention. She is also qualified to provide trainings on the use and administration of NARCAN, a lifesaving opioid blocker. Natasha’s commitment to a drug-free community allows her to serve as a sector board member for Drug Free Long Island and a committee member for Adam’s Hope House.
L.U.N.A. Reflections is an additional and personal passion for Natasha. As someone who has struggled with self-worth and body image throughout her adolescence and young adult life, Natasha is especially eager to join the L.U.N.A. community and to share her skills in efforts to help empower others and deliver the important message of L.U.N.A Reflections. 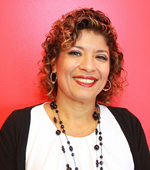 Yvette is an attorney admitted in New York State with over ten years experience in program development and grant writing. She served as the former Director for Nassau County’s Home Ownership Center for five years, assisting over 3,000 families with home ownership and foreclosure prevention programs.

She is a excited to be part of L.U.N.A Reflections board of directors and working on developing inspiring programs for the young girls. 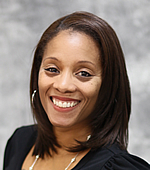 Crystal is a licensed Property and Casualty Insurance Broker and has worked at CBS Coverage in Plainview for the last 24 years. She is currently the Assistant Vice President of Client Services and is responsible for all of the agencies client interactions both internal and external. In her current position at CBS Crystal has been involved with several not for profit and service organizations in many different capacities.

As the mother of two young women and someone who has dealt with her own issues of self-worth and confidence, LUNA’s mission is one that touches very close to her heart. Every young girl deserves to realize that she matters and that her opportunities in life are limitless NOW. Working with LUNA Reflections is an opportunity she considers to be a true blessing.

Additional board members are: